Plant a tree in memory of Jewel
An environmentally-friendly option 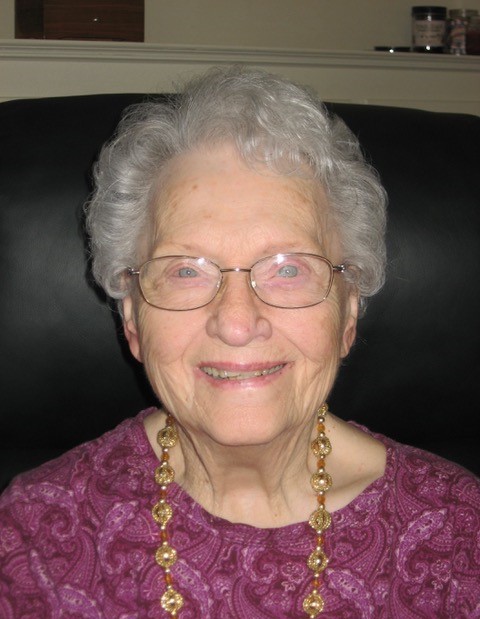 Jewel was born October 22, 1924, in Runge, Texas, the daughter of Clifton Ezra and Grace Alice (Busby) Borders. She attended elementary and middle school in San Antonio, Texas. In 1942, Jewel graduated from Thomas Jefferson High School in San Antonio where she served as an editor of The Monticello year book and was a member of the famous rope twirling Lassos girl’s drill team. In 1942, she completed courses in speed typing and short hand from Draughon’s Business College before entering Southwestern University in Georgetown, Texas in the fall of 1943. At Southwestern, Jewel was a member of Zeta Tau Alpha sorority and earned her business degree in 1946.

It was at Southwestern that Jewel met her life partner, Charles Albert Parr. He was a World War II 5th Air Force Bombardment Group veteran returning to Southwestern to finish his college education. Jewel and Charles were married June 14, 1947, at Woodlawn Methodist Church in San Antonio. While spending some of their married life in Pelham Manor, New York; Raleigh, North Carolina; and Decatur, Georgia, Charles and Jewel raised their children in Irving, Texas, where they made their home from 1956 to 2000. Their son, Charles Gregory Parr was born in Ft. Worth, Texas in 1950 and their daughter Pamela Sue Parr was born in Raleigh, North Carolina in 1954.

In Irving, Jewel was a member of the Plymouth Park United Methodist Church, was active in PTA, and worked at the Irving Public Library for 17 years as their inter-library loan librarian. Jewel moved to Hastings, Nebraska in 2004 and was a member of the First United Methodist Church and the American Literature Club. She resided at the Homestead for ten years before moving into the Good Samaritan complex.

Jewel was proceeded in death by her husband, Charles, her daughter Pam Bohmfalk, her sisters Lilly Grace Rosser and Martha Belle Etter, and her brother Douglas Borders.

A memorial service will be scheduled in Hastings at a later date. Inurnment will be at the Sparkman Hillcrest Memorial Park in Dallas, Texas.

In lieu of flowers, memorial contributions can be made to First United Methodist Church of Hastings to be used by the bell choir.

Plant a tree in memory of Jewel by clicking here.
To send flowers to Jewel's family, please visit our floral store.

Services are to be announced

Plant a tree in memory of Jewel
An environmentally-friendly option

Plant a tree in memory of Jewel

1 tree planted in memory of Jewel

There is 1 photo available in the gallery

I took care of Jewel when she lived at homestead, my family and I grew to love her so very much. We continued to visit her after she left homestead, she loved my moms gluten free cookies we brought for her when she was on her special diet. Jewel will forever be in my heart as she made such a big impact on my life. My condolences go out to her family and friends. My family and I are praying for you all.

A Memorial Tree was planted for Jewel Christine Borders Parr

Plant a tree in memory of Jewel