Plant a tree in memory of Stephen
An environmentally-friendly option 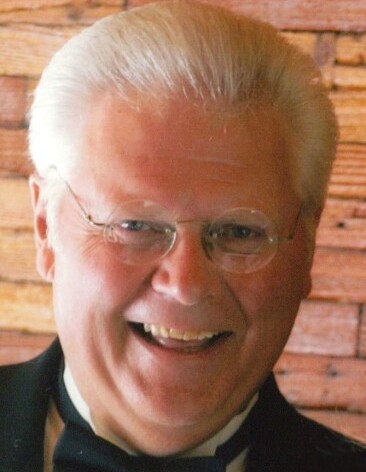 Stephen Eugene Fleming was born to this world on October 20th, 1947 in Hastings, Nebraska and departed this world 73 years later on July 20th, 2021.  His family and friends honor him with memories of laughter, good food, fishing, kicking back a cold one, and great fun.  For any that knew him, the Stevie flare was infectious, sometimes shocking, and always resulted in so many grins.

He termed his youth American Graffiti. He enjoyed cars, music, loved his girl, and took part in his fair share of youthful fun.  He graduated from Hastings High in 1966 and married that girl, Julie Ann Hoagland, on May 5th, 1967.

Joining the Army Reserves in 1968, Steve served with Nebraska’s 295th. He was overseas in Vietnam when his #1 daughter, Staci Ann, was born in 1969.  After his return from overseas, Steve helped manage the family business, Fleming Manufacturing, and sired his number #2 daughter, Jessica “Savage” in 1975.

Steve and his bride Jules moved to his most favorite place, the “Big Lake”, at Harlan County Reservoir in 1989.  He fished, he cooked, he entertained, and he loved his family.  His sense of humor and his passions live on in his girls and beloved grandchildren; Ben, Cami “Eugene”, Alexander, and Andrew.

He is preceded in death by his parents, Nadine O. and William E. Fleming; his mother and father in-law, Howard and Gwendolyn Hoagland; and dear friends he “could do business with”. Steve is survived by his loving wife, Julie of Hickman, NE; children, Staci A. (Fleming) Wasson of Pittsburgh, PA, Jessica (Fleming) Korgie of Hickman, NE; and four wonderful grandchildren.

A Celebration of Life will be held at a later time. In honoring his wish for cremation there is no viewing or visitation. Burial will be at Sunset Memorial Gardens in Hastings, Nebraska. DeWitt Funeral Home and Cremation Service is handling arrangements.

The family asks for memorials to be sent in his name to the Disabled American Veterans at www.dav.org. Cards can be directed to Julie Fleming c/o DeWitt Funeral Home, 1247 N Burlington Ave., Hastings, NE 68901.

Plant a tree in memory of Stephen by clicking here.
To send flowers to Stephen's family, please visit our floral store.

Family to do services at later date

Plant a tree in memory of Stephen
An environmentally-friendly option

Plant a tree in memory of Stephen

1 tree planted in memory of Stephen

Steve was my best friend in high school. We had so many good times together..

Julie,  So sorry to hear about Steve.  Always enjoyed knowing him and you and our time together in Colorado Springs living in the trailer house.  We will miss him.

A Memorial Tree was planted for Stephen E. Fleming

Plant a tree in memory of Stephen